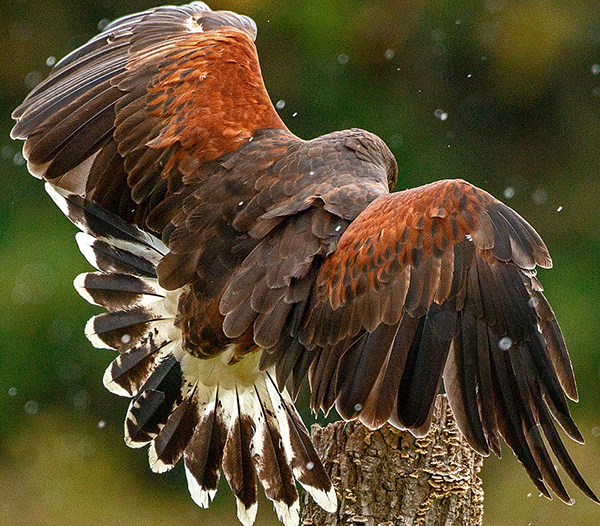 Those of us who grew up watching Animal Planet are familiar with scenes of ferocious hunting and escape – a jarring portrayal of nature’s intense fight for survival. The interactions between mammalian predator and prey are widely seen; but this relationship occurs in all sizes, even among single-celled organisms. Predator and prey interactions have significant influence on the surrounding ecosystem. Land managers are learning how to leverage those interactions to reduce harmful pests and improve environmental health with biological controls.

Whether you’re a farmer, a forester, or a rancher, chances are there is a problematic organism affecting your property. This could be insects ravaging your crops, rodents preventing saplings from growing, or invasive weeds crowding out native vegetation. Traditional methods of controlling these nuisances include:

Biological controls are a broad group of methods that can look very different depending on the problem at hand.

Purple loosestrife is an invasive species that can take over entire wetlands. This reduces biodiversity and harms wildlife who depend on native plants for survival. Birds are especially affected by the loss of nesting habitat. Large infestations also disturb ecosystems by slowing the flow of water and producing stagnant conditions.

The beetles and their larvae reduce the plant’s ability to photosynthesize and reproduce by eating its leaves and flowers. The weevils attack purple loosestrife from underground. These insects and their larvae feed on the plant’s roots, which depletes its energy stores and can eventually kill it. Before using them as a biological control here in North America, the insects are carefully tested to ensure native plants aren’t harmed during the process.

Birds of prey can act as living scarecrows across many types of landscapes. Unlike insect controls that feed on and kill weeds, releasing trained raptors represents a non-lethal solution to problem species.

In rural areas, high-value crops such as blueberries, cherries, and grapevines are frequently targeted by starlings, cedar waxwings, and blackbirds who enjoy these foods as much as people do. Falcons vigilantly guard properties to scare away small birds and prevent them from eating the ripening fruit. Peregrines and gyrfalcons are commonly used for these jobs, but prairie falcons and lanner falcons may also be deployed.

Harris hawks are the go-to defender in urbanized areas. These social and highly trainable birds are easily adapted to dense urban environments. What pests plague urban areas, you may ask? Crows! Large concentrations of crows can spread disease and cover plazas in unsightly excrement. Being larger than falcons, hawks effectively push thousands of roosting crows away from high-traffic areas toward green spaces. Guiding a murder of crows to vegetated places has the additional benefit of reducing water pollution. Animal waste is full of nutrients that can flow off hard surfaces – like roads – into waterways, causing destructive, and sometimes toxic, algal blooms. Planted areas will absorb excess nutrients, preventing them from disturbing aquatic ecosystems.

Protecting property from nuisance species by flying birds is a time-intensive practice that requires specialized skills. Sometimes, simply inviting wild birds of prey into an area can have similar benefits. At Tualatin SWCD, raptor perches are often installed at project sites that have been recently planted. Small mammals and rodents can prevent new forests from becoming established when they feed on the tender stems of young trees. A raptor perch is a simple and inexpensive way to reduce the risk of sapling loss by rodents. Unlike trained birds who scare away pests, wild raptors will help control pests by making them a food source. After all, everybody has to eat!

To see these methods in action, check out these videos!