A team from Conservation Canines (CK9), a program of the Center for Conservation Biology at University of Washington, is working with Tualatin SWCD to locate garlic mustard within the Tualatin River watershed. Crews from CK9 normally conduct surveys to help find endangered or threatened animals by finding scat. Beginning in 2016, CK9 began training the dogs to sniff out plants, starting with the aromatic garlic mustard. Now, they’ve come to our watershed to help locate our region’s most notorious invasive species!

Not all heroes wear capes:

The plants are sometimes found in places that are difficult for humans to survey – steep banks, underneath thickets of thorny blackberries – but Jasper is eager to traverse the terrain and has a high tolerance for the uncomfortable brambles. He wears a protective vest equipped with a GPS device that maps his movement, providing an accurate record of the area surveyed. Thus far, he has been able to detect individual seedlings, rosettes, and large stalks that may have been stunted by treatment but were developing flowers and seeds.

What type of dog is fit for weed finding?

All of the dogs on the CK9 crew came from shelters and were considered unadoptable due to behavioral issues. But having a wild side is a beneficial trait for detection dogs. Because they survey in wild, remote areas, they need the endurance and willpower to travel many miles. These high energy dogs have an insatiable desire to play fetch with a ball which is the positive reinforcement tool used during training and surveys. When a dog is assigned to a new project, handlers spend up to a week acclimating them to new terrain and detection targets.

Julianne appreciates how the dogs bring a new perspective to conservation research. The public can relate to and respect working dogs, which helps build relationships between conservation and the public. The results of this CK9 survey will not only help determine if further treatment of garlic mustard is necessary but will also inform more ways that dogs can be used conservation research.

Weed and Pest Directory: Help identify weeds and pests by their photo or description, or search by agricultural, aquatic, forest, etc. 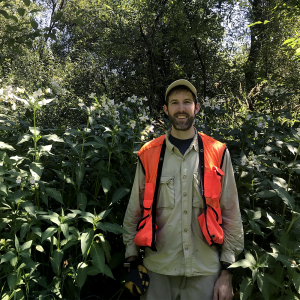 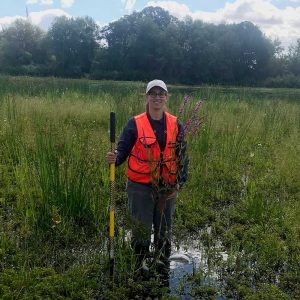 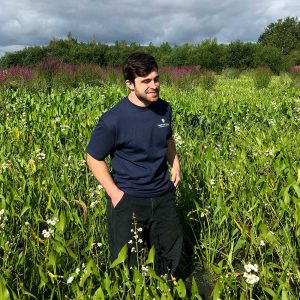