Coming from the Great Lakes region, Bryan never had to think about conserving water for his garden. His hometown receives periodic rain throughout the summer which helps gardens produce fruits and vegetables. When he decided to move to the Pacific Northwest, he thought that would be the same here since rain is plentiful in this part of the country.

When he arrived, he began to realize just how dry it gets during the summer. He began to have concerns about using so much water in his garden during intense periods of drought. This made him interested in finding ways to conserve water during the dry season. He learned about rainwater harvesting and the rest, as they say, is history.

Rainwater harvesting is the collection of rainwater from a structure, or other impervious surfaceSurfaces that water can’t pass through., to store it for later use.

Typically, this involves harvesting rain from a roof. Gutters capture rain then channel the water into one or more downspouts that flow into a storage vessel. Rainwater harvesting can be as simple as collecting rain in a barrel or as elaborate as a system of large cisterns that can support an entire community. No matter the type of rainwater harvesting system, the practice has many benefits:

Bryan began rainwater harvesting by learning as much as he could.

First, Bryan attended a Rainwater Harvesting workshop hosted by the Tualatin SWCD and Tualatin Riverkeepers. Then he crunched some numbers to figure out how much water his garden needed and how much water he could collect from his roof. He decided a 3,100-gallon cistern was the right system for him.

When Bryan investigated purchasing and installing the cistern, he was taken aback by the cost. The entire system would cost approximately $5,500. But he discovered Tualatin SWCD’s Financial Assistance Program which significantly reduced the price tag. This allowed Bryan to purchase the right cistern that keeps his garden growing throughout the dry summer. In Bryan’s own words, “I’m grateful for the program I was able to utilize and wish more of these things were incentivized and available.”

With funding secured, Bryan hired Oregon Rain Harvesting to install his cistern. Once all the supplies were ordered, installation was painless. The entire system was installed in a single day while he was away at work.

Now that the cistern has been installed for a couple of years, Bryan absolutely loves it.

The system works great, and he hasn’t had any issues since its installation. The cistern fills during the winter, and he uses the collected water by the end of the summer. It helps Bryan water his vegetable garden and makes him feel more secure knowing that he has a reliable, local water source. Best of all, the cistern allows him to tell the story of water conservation and to teach his four-year-old son the importance of conservation. 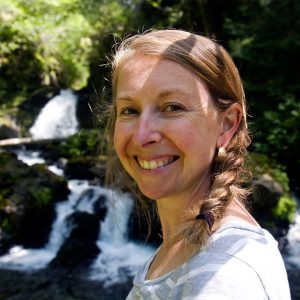 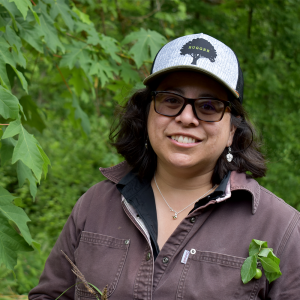